The One Thing Common in My 70+ Uber Rides 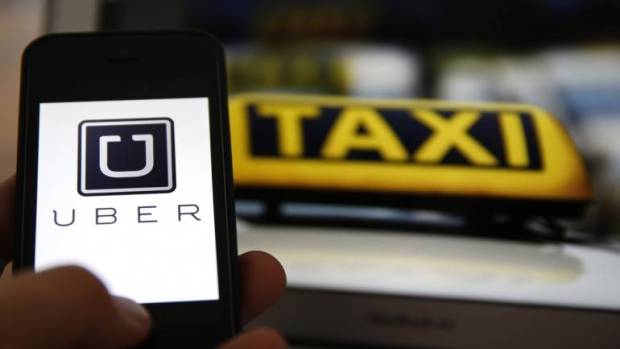 Last day I was on a road trip with my friends. When I noticed the same thing that I have noticed in almost all of my 72 Uber rides taken so far: the lack of a proper, functioning seat belt in the back passenger seats. That’s around total two days of perilous riding time in the city of Mumbai.

Keeping aside the general public’s reluctance to wear seat belts, what surprises me more is the absence of a proper seat belt system in today’s cabs. Where prominence is given to Wi-Fi and in-car entertainment. Most Uber cabs do have proper belts in place but the problem is that the buckle you fasten it into (female latch) is nowhere to be seen. It is deeply submerged inside the seat or the seat cover, and it’s same for both the seats. Even if you have strong, long arms, good luck finding it, let alone digging it out. And I am not even talking about the third, middle seat.

While this is the most common scenario I have observed a lot more variations.

Some cabs do not even have belts in place. They are either tucked in the front seat cover or stashed in small cavities on the side of the back passenger doors. I have also ridden in cabs where there are no belts even in the front passenger seat. Which troubles me a lot because I usually ride shotgun where there are usually increased chances of finding a functioning seat belt. 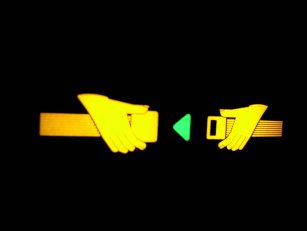 When asked why seat belts are not in place, drivers often have the same response. They give back a look like they didn’t know such a question would ever be brought up in their career. Some drivers chuckle, blurt out dull excuses, and then go on to fasten their belt sheepishly and reluctantly. But I do not just blame the drivers.

I remember going to a recent client meeting where a colleague told me that he had seen very rarely people using the seat belt when sitting on the back side. Fortunately or unfortunately, that Uber ride was booked through his account, which prevents me from adding it to my statistics. The event of a person wearing a seat belt while sitting in the back seat is seen as an abnormality, which troubles me all the more.

The point is not that today’s cabs are not maintained properly. While they definitely are not, my point is the lack of service check by taxi aggregators like Uber and Ola and other kaali-peeli tax federations. If Uber can keep a check on its drivers and the well-being of their cabs, why can’t this check be extended to the essentials? Seat belts are why you even have a chance at survival in case of an accident (airbags are high maintenance, right?), and if a cab cannot provide that, is it even worth having the luxury of booking a cab through an app in 10 seconds?

Just Not Only About Uber Cabs

It wouldn’t be correct if I do not mention that the case is not just for cabs but also at a personal level. Take the case of the road trip we took last day, where the rear seat succeeded in hiding the female latch end because the owner had just redone the cover. So much priority to how the upholstery looks.

And it is not just one or two instances. Majority of cars I have ridden in my lifetime do not have functioning back seat belts, which supports the alarmingly low rate of people who actually look forward to wearing them. According to The Quint, it stands at 4% in India (2017).

When I bought a second-hand car in 2016, one of the first things that I fixed was the rear seat belts. Yet when I ask my family members to buckle up, they behave like Uber drivers: an eye roll, a scoff, or a trigger of a fleeting murderous instinct. I believe that it is the responsibility of the driver to make sure that everyone in their car follows basic safety measures and etiquette, including themselves. Which although is a bit challenging but doable. My mother still complains when I ask her to wear the belt because “it’s (destination) just around the corner”. But I don’t turn ON the ignition until she does and she has no choice.

I am not even debating about the habit of wearing seat belts because there are no two ways about it. For an average person who rides on cabs every other day, not having a seat belt in place is worse than finding out that Twitter is down. While one temporarily stops spying on you or influencing presidential elections the other stops something closer to you. So, it is up to the taxi drivers’ associations, corporates like Uber, and individual drivers to make a case about this and ensure that all commercial cars have functioning belts in all the seats and in good condition. Because it is high time that we talk about passenger safety in public and commercial transport instead of about funding rounds and self-driving cars. Talking about public transit, have you noticed that buses in India do not even have seat belts?!

I usually ride shotgun when I’m not driving and that’s not because I am a decent Google Maps navigator or a phenomenal ‘car music player player’. It’s because I care for my life. My friends don’t know why I choose the front passenger seat while going on a road trip. And they don’t care because after all everyone today is an Uber driver.

Seat belts are a privilege today and I make it a point to this to Uber every time I travel in one of their cabs that do not have one in the rear seat.

PS: I prefer Uber over Ola but I’m sure the case is mutual.

PPS: Lyft or Grab, if you guys are entering India, take notes.

[…] One day I will write about why people don’t wear seat belts but for now read what I have observed in today’s taxi-cabs. […]

[…] and that adds to the annoyance of the drivers as well as those that they are ferrying (sometimes without the other more essential safety standards, I should add). Ask […]

[…] Swiggy and Foodpanda have this condition phrased slightly differently but the meaning is just the same, which excuses them from any issue or litigation that may arise from an unsuspecting user who gets diagnosed with a disease because of consumption of ‘bad food’. (Unfortunately, there’s no way to put two and two together and prove that a person got ill because he consumed so and so from a dark kitchen which he ordered through an aggregator app.) This is the reason why I assume they don’t care about restaurants checking off all the items in the health and safety list. The idea of such an enterprise is mind-boggling. Uber can confirm too. […]

[…] Uber and Ola and other cab aggregators will mostly have surge pricing in and around the venues due to the high demand. Therefore, go with auto rickshaws or black-and-yellow taxicabs. Make sure you ask for the ride fare before getting in to avoid getting fleeced (or ensure the electronic meters are up and running) […]

Hello Tejas Nair,
I completely agree to each and every sentence in your blog.
I have the same experience as I’m frequent Ola cab user.
Almost every cab doesn’t have rear seat belts.
If yes, then they are left to us for a search and finally let the futile search operation unsuccessful once your ride starts.
I haven’t used Uber as they don’t ply from Mumbai to my location.
Ola is very unfair in being irresponsible with its customer safety.
I am very disappointed with this tendency of theirs.

I take this chance to thank you for your blog on this safety issue by these taxi operators.

You are right, it’s an issue across operators. The same goes with kaali-peeli cabs in Mumbai, and other operators like Meru, COE cabs, and TabCab.

I often make it a habit to report/comment it with the hope that Uber/Ola or the drivers themselves will take care of it. Save for a few sedans/SUVs, I haven’t seen much upgrade since I wrote this post. 🙁

And thanks for you kind words, Avinash. 🙂