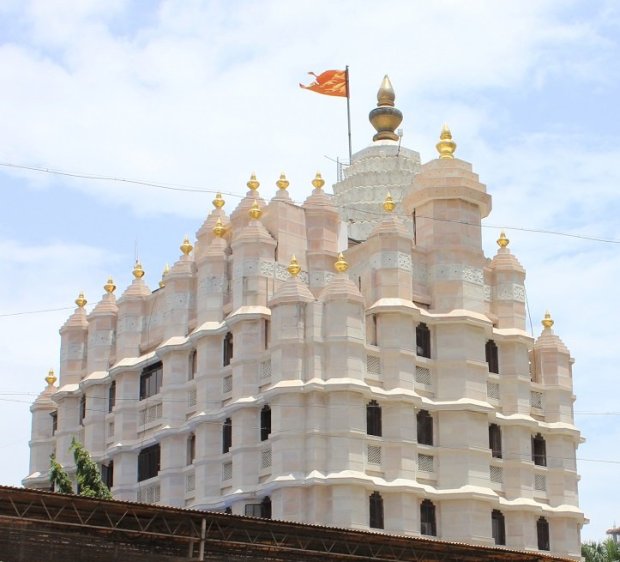 It’s an urban myth with at least five variations.

The Shree Siddhivinayak Ganapati Mandir located in Prabhadevi, Mumbai is visited by thousands of devotees every day and is also one of the most popular temples in the city. However, there is an insane practice that is highly regarded by many (particularly by superstitious Mumbaikars) which says that couples (man-woman, of course) who are not married yet should avoid going to the temple on several absurd grounds (stated below), failing which they risk their chance of getting married to each other.

I don’t know the origin of this belief but every other person I talk to about this practice are familiar with it.

Following are some of the rule’s variations as deduced out of different conversations with different people in different places in and around Mumbai:

…on account of being in an impure relationship which has not yet been sanitized by the flaming bond of marriage, generating a mass of impurity, causing a gradual chaos in the relationship, ultimately causing a horrid split between the involved parties.

…because one of them does not have genuine feelings of love for the other and is only looking for lust (sex) which is tabooed in India so you get the idea.

…owing to the fact that they be spotted by one of their relatives which will anyway cause an instant split between the parties. Why take a risk?

…because love and marriage don’t go together. If you are in love, you cannot be married and if you are married you cannot possibly be in love. Visiting a temple will be the least of your worries.

…because if you are true Indian lovers you would opt for the traditional arranged marriage setup and this whole thing would be a waste of time since you would have all the time and the freedom in the world to visit the temple since you are, didn’t you realize, already married to the person of your parents’ shared dreams, using the purest form at that.

There you have it – the highly illogical variations of a myth – an urban legend that is considered by many devotees of the shrine that is frequented by celebrities during the auspicious festival of Ganesh Chaturthi.

On a serious note, to answer the question “Should unmarried couples visit Siddhivinayak Temple?” I would ask why not? If you are a theist and believe in the power of praying and personally love the elephant god and want to take your partner to the temple to experience the tranquility of the place, you should not pay attention to this urban tale that is filled with canons of superstition. Only a fool will see it as a fact and follow it and wait till their marriage to visit the temple which is one of the coolest places to be in Mumbai. Go and do a little praying, for god’s sake. TN.

Disclaimer: This article is a work of satire and hurting any religious sentiments is not my intention. If you somehow were still hurt, feel free to contact me and I will do something about it.

Know about Vivah ganesh Titwala. U will be amazed! :p

I guess that one’s not popular, but I’m all ears.

[…] is Mumbai which has been giving its fellow inhabitants daily updates of gonzo stories (a few here and here). And this time around, we have a truly bizarre case: Ban the mannequins! They make our […]