The State of Legal Consultation in Navi Mumbai 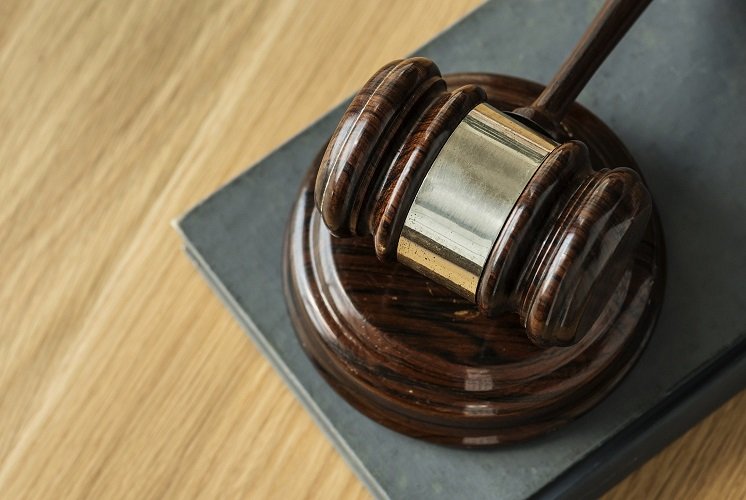 People who know me closely know that we have been trying to buy a house. We struck a resale deal sometime in the middle of 2018 and have ever since been meaning to move to this new apartment. Unfortunately, there has been little progress since we registered the sale a few weeks after the vocal agreement. While I know that it typically takes a good three months for a property sale to go through fully – considering the roles played and snail-paced actions by organizations like CIDCO and NMMC as well as the primary housing society’s co-operative – there is one new entrant that I would like to nominate in this list of ‘delayers’: legal consultation.

Property lawyers who run consultancies in almost all nodes in Navi Mumbai have become one of the biggest role-players of property deals. They know the ABCs of these property laws and usually have contacts with officials of the aforementioned organizations, which acts in their favor. There is hardly any property deal that goes through without the involvement of an advocate who charge anywhere from INR 15,000 to INR 50,000 per deal.

Their indispensability is what made us go to a top lawyer in one of the nodes closer to my new property. The fact that this guy’s name came up as the best recommendation from an immediate relative and since he didn’t know anyone else (the seller or his agents) associated with the deal made us hire him for a not-so-modest one-time fee.

In addition to this guy who I’ll call Mr. Sweet Talk, we also consulted two other top lawyers (second and third opinion) in the same node in the course of our struggle. Which, I believe, makes this a statistically sound rant. I hope you won’t disregard this citing utter generalization, especially if you live in Navi Mumbai and have plans to buy a house.

I know there are nice lawyers out there who work very hard to get their clients get what they want. So, if you are a lawyer and have a practice in Navi Mumbai, do not see this as a negative review. Instead, see for ways to improve your services so that another article in this same vein doesn’t pop up.

Index hide
1 The Poor State of Law Consultation
1.1 A Lawyer is Like a Doctor
1.2 Blame Game is Usually Strong
1.3 Competition Howls
2 Final Thoughts

The Poor State of Law Consultation

I am not going to focus on my deal anymore, but rather talk about how legal consultation happens here in the city of Navi Mumbai, in general, and what you can expect if you find yourself in an advocate’s office tomorrow.

Even though you hire a lawyer for their service, they treat you like a helpless patient. It is you who has to continuously check with them for updates and not the other way round.

When in their office, you have to wait for some time to see them. If it’s a “top lawyer”, expect to wait at least 30 minutes. And there’s no concept of appointments either because they never respond to your calls. And their assistants are as useful as white crayon. In that regard, I have known nurses who have helped me get rid of common cold or a septic wound.

I never thought I’d have more issues consulting a lawyer for a small property deal than a doctor for a viral flu. But with a doctor you can still (sometimes) expect progress everytime you meet them. With lawyers, especially if it’s a property deal, expect a smile and “Come tomorrow, please!” And some are not even polite.

If , for some reason, the deal surpasses the three-month period, these lawyers will have all sorts of reasons to give. In my case alone I have heard at least five different reasons for the delay (which, I should note, were told to me only when I reached out to Mr. Sweet Talk) and also different variations of that. Every time I visit his office, I get a new reason, so much to the point that these days I think of a possible reason myself and tell that to him upfront so that he doesn’t have to think up a new one. He often smiles sweetly.

Our deal is currently stuck because CIDCO decided to suddenly digitize their records. Since our apartment is in an old society, CIDCO does not have all the details (past and new owners’ names, unit area, etc.) in its database. So, when a dumb buyer like me registered the apartment, the society’s file was opened, which triggered CIDCO. They put the responsibility on us and since then I have not been singing praises of the organization, the society, the seller, and mostly, of the legal hire whom we already paid in full.

So, when the society’s NOC is ready, the CIDCO finds an issue with it. Then the NMMC – which was then busy with the Swacch Bharat Mission – gets involved because CIDCO wants to dot all the i’s and cross all the q’s. Then the NMMC takes its own sweet time and then Mr. Sweet Talk goes on a week-long holiday because it’s Diwali and his assistants have no clue what to do. Then our plans to move in in 2018 goes out the window and here I am writing this article.

If, in a situation like this, you decide to take a second opinion, there will be a dozen lawyers who will promise you the moon. They will all talk like they own CIDCO – without even studying the matter – and before you know it, they will divert the conversation to money. That’s your cue to get out of their office and walk out of the reception where hordes of helpless patents are waiting to get the delaying treatment or ripped off.

When it comes to actual legal work, a very few of them stand out. And Mr. Sweet Talk was supposed to be one of those few. Yet, when it came to a one-in-thousand case – like ours – even he, for a small amount of time, took out the white flag. The main reason is that he had already quoted his price and taken it and now the work was looking like it demanded more of his time and resources. I have heard him utter something about the money at least two times since we hired him and I’m sure he will speak about it again.

But the good thing is that he has not shown any interest for more money because once we asked him. I even had a tiff with him for having delayed our deal for close to five months and that is when things got murkier. Another reason why I’m writing this today.

The state of legal consultation is skewed, to say the least. You have these top players like Mr. Sweet Talk who know the real estate industry inside out and yet fail to wrap their services around it in a good package. Because client satisfaction is least of their needs or worries. They know that one unhappy client is not a problem against five satisfied clients. And the flow of new clients is not an issue either because everyone is a real estate agent today.

If you are in Navi Mumbai and decide to buy a house as a common man, you can expect issues from your new society, the CIDCO office, and the NMMC office. Some will be warranted, some will be not. And then there is this new menace of self-obsessed property lawyers who will do everything in their will and whim to make it a bad experience for you. Goodness help us ordinary property buyers.

I once sent a one-liner message to Mr. Sweet Talk that would hurt him for generations to come and his reactions when I met him later that day were priceless. I am not someone who believes in the phrase “tit for tat” but I think I laughed a little that day when we walked out of his office as he promised us again that he would complete the job he was hired to do. TN.

This isn’t just an issue with legal department, it’s an issue with any central government department period. I applied for my learners licence test online and came to the respective RTO with all the documents. Turns out passbook is not acceptable in this RTO as a current address proof. Well even though the online site allows you to, it’s not acceptable in this RTO. However, if you pay them extra they’ll let it be. Sometimes this kind of an attitude just angers me to no end. But then I realise that anger would bear me no fruit and I just let it go.

I think I agree. 20 years ago this was the case, and I am sure 20 years from now the same will be the case unless those we vote do something about it.