After having enjoyed three films on day 3, I came back to my normal on days 4 and 5. Because I was working, I could only catch one movie per day. This time one at PVR Kurla and the other at PVR Mulund. I can say I really missed the hustle bustle of PVR ICON and PVR ECX.

Day 4 was strictly for Leena Yadav’s Rajma Chawal while day 5 had me sitting to watch a weird and one of the most disappointing films for me at MAMI this year, Ali Abbasi’s Border. Day 6 was slightly better with Adilkhan Yerzhanov’s The Gentle Indifference of the World and Shinichiro Ueda’s One Cut of the Dead. A friend described the former as a cherry on the cake this year. It is a brilliant LOL film and is bound to make your jaw pain from all the laughing. 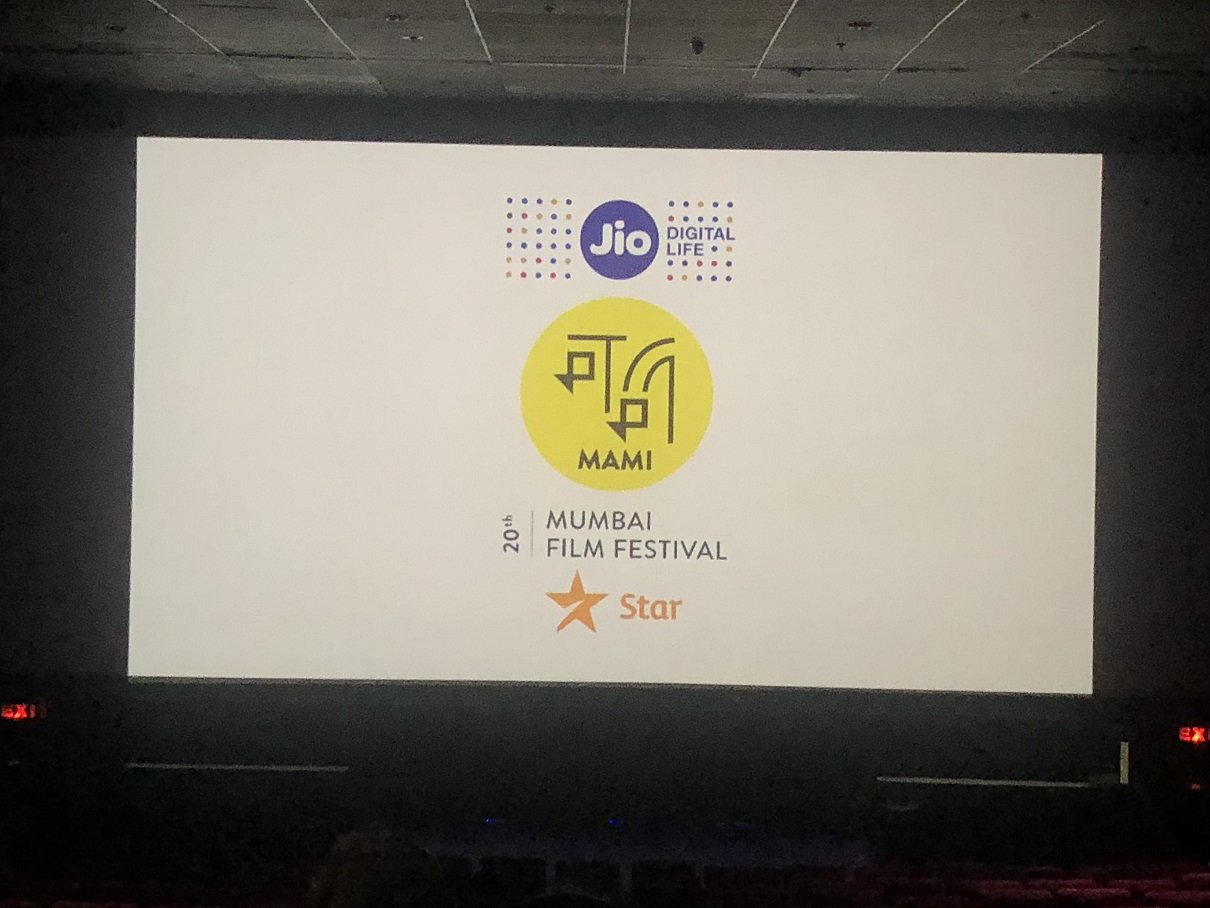 The screen just before a movie starts at MAMI 2018.

I also observed a few more things these past three days. Here they are in more detail.

It was not surprising to see that the queues outside auditorium 8 at PVR Kurla was the opposite of what I saw in the Andheri theaters. Hardly a few dozens had turned up initially, and so, everyone in the standby line could get in.

As usual, I skipped the PVR cafeteria and grabbed some snacks from the Phoenix Market City food court before the show. Rajma Chawal was screened at 8.15 and so began my first true Bollywood experience at the fest this year.

To be honest, it is not as good as Parched (2016), Yadav’s debut feature produced by Ajay Devgn. This Hindi-language drama here has its moments with Rishi Kapoor and Amyra Dastur being the only saving grace, but overall it’s still a cliched story about the father-son relationship. My short review here. If you still want to catch it, it will be out on Netflix sometime in November.

An Issue with the National Anthem, You Say?

Going back home on day 3 was when I read the news about director Vishal Bhardwaj criticizing the Films Division of India (FDI) for producing an erroneous version of the Indian national anthem. He tweeted that the song goes off-tune sometime in the middle, which apparently hurts the ear (I get it) and the soul (I don’t). I stopped following that news thereafter so I don’t know if the ministry rectified it.

I don’t really pay much attention to the song in the first place, but I did so on day 5…

I think I was the only one paying extra close attention to the national anthem that day at PVR Mulund. Honestly, I couldn’t pick up the error. But those who have replied to Bhardwaj’s tweet seem to be able to. Maybe they rectified it.

But what is more disappointing is that I had to sustain Ali Abbasi’s Swedish drama Border that day for close to 100 minutes. Perhaps the only film I rated 3 stars out of 10 (spoilers!) this year, it almost put me to sleep. Although I get the theme and what director Abbasi wanted to convey, Border did not give me a pleasant experience. Which again is not a wrong thing because not all films can give you pleasure. Look what The Gentle Indifference of the World did to me…

I was at Le Reve, Bandra on day 6 of the fest. A plush theater with some great paintings on the walls. I think Yerzhanov’s Kazakhstani dull drama was equally beautiful but not my type. To describe it in one word: ridiculous. It felt like the makers did not know what to do with the narrative, so they hired a 4-year old to complete it. Maybe that’s what happened. My review on IMDb here.

The second film of day 6 was at PVR Mulund and I thoroughly enjoyed it. Director Ueda’s Japanese horror-comedy One Cut of the Dead is a brilliant zombie experience that only gets better as you move ahead in the narration. I was blown away.

A Lot of People Talking

At the last screening, for the first time, I asked someone to keep quiet. They were sitting right in front of me and discussing the film while it was being projected. I mean, what kind of a monster does one have to be to discuss a film while it’s playing? It was a group of three college students, I believe, who were just randomly commentating the film. As if they wanted to break down the film’s logic.

I truly believe that there should be a no-talking policy at MAMI. Anyone who is caught talking should be thrown out of the hall after one warning. Let them talk all they want outside the hall.

The total film counter is at ten right now. I hope to catch at least 3 more films on day 7, the final day, but I’m not sure about the closing film. If I can somehow manage to get a seat, I can confidently say that MAMI 2018 has been the best for me in all these years. TN.