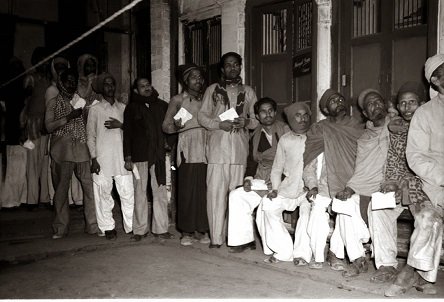 Preparing To Vote for the First Time

I am old enough that people sneer at me when I say I will be voting for the first time in my life this year at the ongoing Lok Sabha elections. So much that they begin to criticize me for having not voted all these years.

If the Opposition parties had their way, they would even blame me and my ilk for letting the current government execute demonetization, implement the Goods and Services Tax (GST), and resurrect hardcore nationalism. But a lot of people blame a lot of things here in Indian politics, so it’s better if I, a novice, don’t dive deeper. Instead, let me share my strategy pointers as I do the spadework to vote for the elections scheduled 29 April 2019 here in my constituency.

If you are a first-timer this might help. Don’t take my word for it, though. And apologies if the time for you to consider this is already up.

Things That You Could Do Before Voting

A few things to do as part of your preparation before you cast your vote:

So, go out there and do what you think will “help” the country in the truest sense of that word. Ignore the jingoism, ignore the oratory, ignore the ridiculous schemes, ignore the promises. Look at the work and its effect on you and the things you care. And then go and vote. TN.

Disclaimer: It is not my intention to support a party or a candidate publicly. If any of the statements above hints at anything, it’s only your imagination at work. Please don’t contact me.