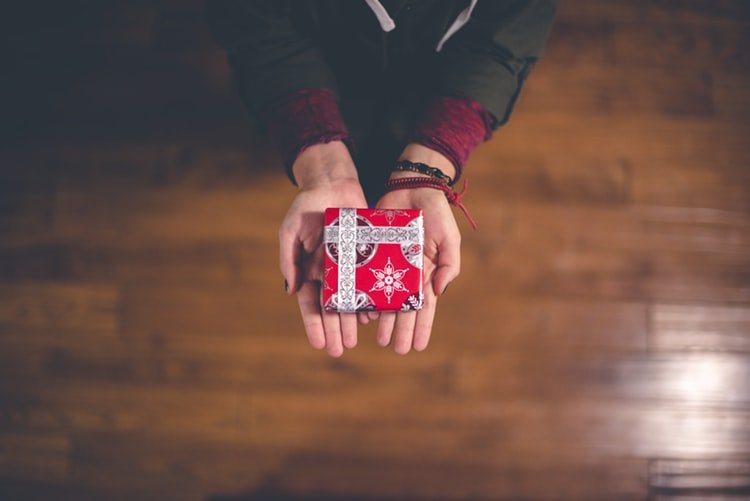 It’s Christmas 2018. There are eight people in my team at work. Out of these eight, who are all in the age group of 24 to 33, five have not opted in for the Secret Santa program. And I don’t blame them. Because they have some legit reasons not to. But still, I would like to take this self-created opportunity to call them out, denounce them, tell them I cannot CC them in work emails anymore because not participating in Secret Santa is right there among the top things that baby boomers think millennials are killing and I, for one, believe that one to be true.

Here, my arguments for why you should participate. Or, why I have been participating since 2015 when I joined the workforce.

While there are many reasons why people don’t participate, the most common one is that they don’t get anything back despite having put in efforts to buy and lovingly wrap a Christmas gift to whomever they were Santa for in the past. And they have endured this snub several times over the years. Reason: a bunch of lazy snobs who opted in for the program but forgot (or chose not) to execute their duties as a Santa. They receive their gifts with open arms but somehow don’t show the same enthusiasm when it comes to giving back.

One coworker began staying away from the Secret Santa program (and thereby choosing to stay home on the day of the event) when he stopped receiving gifts for three Christmases in a row. Nowadays he gets anxious at even the slightest mention of a gift, any gift. You can call it bad luck, but this is not a lottery system. The participants here are real live people who have all the necessary resources to buy a gift and be faithful to the system. The program isn’t foolproof because it randomly pairs two people and expects that both of them do what they are intended to; it is more of a system based on trust. If a person has opted in (if mistakenly, there should be an option to opt out), the onus is on them to fulfil the promise. Calling it luck is like advocating for a person who did not think it was necessary to spend a few minutes at Amazon.in, or IKEA India which is my latest personal pit stop for undesired spending.

Another common reason is that people request expensive gifts. While I know this to be a fact, there is no reason for you to mandatorily buy the same stuff that is requested. This becomes problematic when Santees (ugly term for those receiving the gifts from the Santa) ask for Apple products and don’t leave their Santa with a feasible option. I remember one time where a person asked for a WiFi router worth more than INR 20,000 and he got an alternative, cheaper one. No harm done, right? In such cases, it makes sense to draw chits and let the Santa figure out what to gift the other person (this is the most common type). The opposite is also true. Someone once asked for one of three different things and she got all three.

This issue, which can become all the more problematic if the program also includes housekeeping staff who may not be willing to spend much, can be easily avoided by keeping a minimum/maximum limit. Every person has to suggest two options of which one has to be mandatorily around the minimum amount. If the decided lower limit is INR 500, make sure one option is in that range. Two pairs of Trudeau-like socks? Two paperback books or a hardcover? A small sack of onions?

Secret Santa: Why You Should Participate?

I believe that the Secret Santa program is one that improves the liveliness of the holiday season as we end the year with happiness all around (at least that’s how it is for me; December is my favourite month though I hate the chill). Receiving a gift may not be uncommon for many, but it can be the only thing for that person who may be on the brink of a life breakdown. A lot of us are lonely these days, and a random gift may just be the external stimulus they need to keep moving. Receiving a gift, albeit from a stranger, but in good thoughts (or bad thoughts; a pack of glitter?) can easily be the best thing that happens to such a person the whole year. It can lift their morale (especially in a workplace environment where staying sane is critical) and make them start the new year with more positivity. And breaking the heart of such a person is not cool.

Therefore, I’m using this website of mine to condemn people who have done this sort of a thing at least once. You may have your reasons but if you think about them, you know you are being ridiculous. It’s not just about you. Because of the people who don’t participate and the cumulative nature of their action’s consequences, today, fewer people are participating. (The Human Resources tell me it is not true, but for argument’s sake, it is.) Which means only fewer people are going to be excited about receiving something this season. If the trend goes on, there will be no more office Secret Santa programs in the next 10 years. And for once, boomers will be correct about their prophecy.

And if such a program contributes to the low spirits of a person, it’s better if you become “a moron” as organisers of the program at my agency (Performics India) like to brand them.

So, this Christmas, I implore you to participate and help bring smiles to people’s faces as we end 2019. If you have already signed up, you have my congratulations. If you haven’t and are reading this post now, there’s still time to talk to the organisers, there always is. It doesn’t matter if you receive a gift or not, but knowing that you have made the day of a person is enough appreciation and that’s what matters.

If you don’t know what to gift or request, here’s Kottke’s holiday gift guide (expensive but cool stuff) and a few damp suggestions from yours truly (scroll way down).

As always, I’m asking for books this time. TN.

The Suspicious Disappearance of Rigan Sargose

Based on a true, one-day old event.

We both were sitting at our respective desks in the cabin. It was half past eleven, and no sign of Rigan. He usually arrives before eleven; at least that’s around when he’d normally show up since he had joined earlier this week. He was sent over from our head office to the client’s place after one of the original three of us moved to another firm.

Eleven forty. Still no sign, and that’s when V called him up. Rigan had quit the job. And we sat there baffled.

Apparently, Rigan had gone to the main office the previous day and had handed over his official effects to the HR. He didn’t mention why he was doing so to the HR nor did he call any of us up that evening. But the HR was smart enough to connect the dots. However, we only came to know about it on the next day. Rigan was sitting at home and here we were waiting for him.

The reason he gave for leaving was something about relocation, and while that is justified, the one thing that we can learn from this episode is that one should never go AWOL while working with an organization. You want to quit – all right, you have all the right to do so. Inform your team, your colleagues, and the HR, and give your employer some breathing space to analyse the way ahead.

This might not count wholly as burning bridges, but waking up one day and deciding to quit at whim by staying at home without informing your team? Well, that’s unprofessionalism.