Times My Vehicle Has Hit Another Vehicle Since 2004 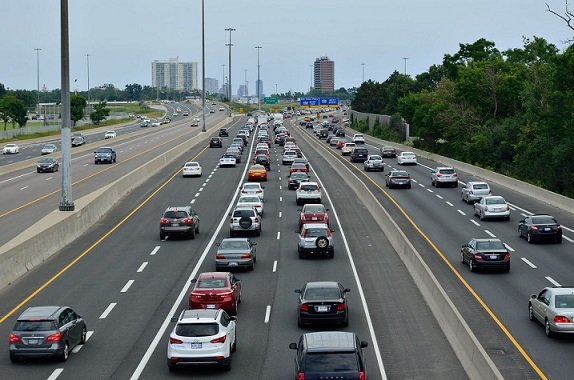 I would have used the term ‘motor vehicle’ but then I would not have been able to include my first-ever road accident that occurred back in 2004. It was a bicycle versus an auto rickshaw crash. This also means that I have been using faster transport mechanisms for about 15 years now, making this a perfect time to chronicle some of my worst road incidents, one of which haunts me till this very day.

Here are six times when my vehicle hit another or when another vehicle hit mine or when both the riders/drivers were equally responsible. Unfortunately, there’s no way to find out who was to be blamed during any of these crashes. We will have to depend on my point of view. Let’s start.

I had recently been gifted a bicycle – a black Hero Razorback bought from a private dealership in Airoli. Because I had managed to learn how to ride beforehand with the help of a friend named Alex, I was allowed to take it out for rides freely.

I also had a group of friends with whom I often went for cycling sprints. It is while returning home from one of these that I crashed into a stationary auto rickshaw. That day I learned that you should not put all your trust on mechanical brakes.

The fault was mine because I was at a good speed of ~30 kmph in a crowded street. I would have not crashed had I known that rains can restrict ability of a braking system. The rickshaw driver let me go with a minor admonishment but then years later I wrote something generalizing him.

Fast forward ten years and I now ride a motorcycle – a black Honda Unicorn 150 CB. Thanks to my friends Mitesh and Jithin, I quickly learned how to ride the two-wheeler before taking it for a ride on my own.

It is during one such solo riding in Kopar Khairane that I nicked into a sedan’s passenger-side mirror. It was a busy street and I had crossed about ten meters before I looked back at the car and the driver. I mouthed an apology and the driver waved me off with a smile. Don’t know if it was the apology or the admission but none of that has worked for me ever since, as we will learn later.

This was the safest crash because neither of our vehicles sustained any damage.

This was probably the most devastating and also the one that involved my entire family save for my dad. We were on a pleasure trip to Murud in Maharashtra, a month after we bought a second-hand maroon Hyundai i20 Magna from a family friend. I was still a rookie driver, trying my luck at our first long trip outside Mumbai. That was probably the first mistake.

I was fairly confident of my driving skills, but that didn’t help me manoeuver the vehicle properly as we hit an oncoming two-wheeler. The bike first hit my right-side mirror, breaking it into pieces, and then slipped into a corner of the zigzag road, eventually hitting a tree. The rider did not sustain any injuries but he claimed otherwise. And so did 100 of his friends who he quickly called up to threaten me and my family. We ended up being traumatized and settling the dispute privately as it had soon turned into a religious issue, something that the on-duty policeman seemed to have enjoyed that day.

I like to believe the blame was on both of us, but the financial and emotional damage was one-sided. It temporarily put me in a state of tizzy.

This occurred in a crowded place in Kopar Khairane. I was trying to get my car out of the busy street when my front bumper slightly – just lightly like a feather touches the ground – touched the back of a pink Scooty Pep. The helmetless rider, along with his kid, got out and started splashing expletives in Marathi.

I asked him to relax without downing my window glasses. He appeared to calm down as he took a look at the back of his scooter, gave me another look as if I had rammed into his kid and he was forgiving me, sat on and took off. The surrounding brouhaha as a result of the drama did not seem to matter to him at all.

I am to be blamed here, but then I have some questions:

This brings me to my most recent experience.

Around the dusty area of Panvel, my car rammed into a white Maruti Suzuki WagonR, denting its bumper and screwing up the parking sensor. The guy put on his aggressive suit and started talking like, again, I had rammed into his person. So much drama evolved from that minor crash that I almost ended up giving him the keys to my house. I began my response by admitting my mistake and that’s where onlookers started grabbing popcorn.

I was driving at 60-70 kmph and it was raining, together which led to the crash. But the lack of basic empathy from the victim left me startled, as I moved on to a state of depression for two weeks.

This was on our way to Girgaum Chowpatty. Just before the Metro cinema turn, a golden Honda City scratched into my car and sped off before the lights turned red. I think it did more damage to their car than it did to mine, so we’re square, I guess.

The traffic policemen witnessing the scene remained motionless for a few seconds. Then they went back to chatting. Thankfully, it would have cost me a few hundred bucks for the mistake of someone else because my PUC certificate had expired the previous month.

Riding or driving on the roads these days does not come without its fair share of issues, regardless of who’s to be blamed for the ‘issue’. And the best way to stay calm and live life is to use public transit and avoid private travel as much as you can. You need peace? Use your car and bikes less often. TN.