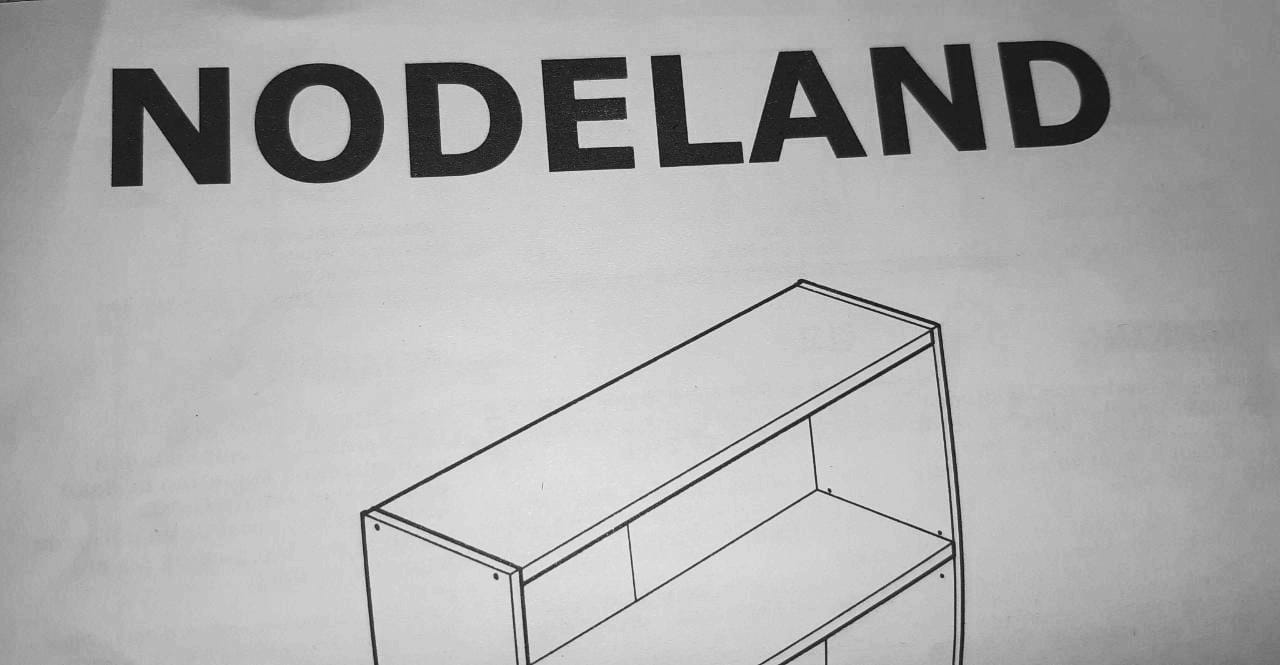 Last week I bought my first-ever IKEA bookshelf. Here it is in all its glory.

Everyone who knows me closely knows that I have been waiting for IKEA to open its Navi Mumbai store ever since the news about it buying acres of land in Turbhe came out. But when it decided to throw open its online store before the physical one, I thought I might execute my lifelong dream now than wait for a few more months.

And I did it last week, spending about INR 3,000 for this modest, pretty-looking shelf called Nodeland that’s apparently only available in India. I quickly assembled it and put it in my living room where it breathes fresh air and holds the weight of literature, including a small part of my book collection. Check out my valuable Booker Prize winners collection (second rack from bottom). My eyes are now on IKEA’s most popular bookshelf model, Billy.

This has been one of my most uplifting moments and I thought I’ll share my happiness here as well as on Reddit. TN.

Is No One Else Hyped About IKEA in Navi Mumbai?

We spent that entire evening looking for a chic coffee table for our new home in Navi Mumbai. I remember we visited at least five different shops across Palm Beach Road in Vashi and Belapur in a span of three hours to get the first real furniture for the new apartment. By 10 PM we were running out of furniture shops so we ended the quest by feeding ourselves at a nearby bistro that my sister had wanted to try out for long. We went back home and that’s when I suddenly realized: IKEA is coming to Navi Mumbai in late 2019. Why not wait till then and use a bean bag as a teapoy in the meanwhile?

(Note – The above photo is probably my first attempt at basic journalism. Since there’s no vantage point to get a proper glimpse of the entire property, I had to fib to an aged security guard of a dilapidated three-storie building nearby to get a good view. I climbed up to the terrace (while disregarding my breathing issues) and took this photo. Not great, I agree, but still something.)

That’s what I did and it’s been five months since then. We don’t have a coffee table in our house. And I have been waiting for IKEA to throw open their gates in Turbhe, Navi Mumbai ever since, hoping to be one of their first customers from Mumbai (unless people have flown to Hyderabad and paid a fortune to get something delivered back home). The trouble is I don’t know when it will open. The Hyderabad store opened in August 2018, so I’m inclined to guess it should be sometime around August here too, especially as it’s already breached its intended initial timeline.[1]NDTV, quoting PTI, reported that IKEA would open its Navi Mumbai store in January 2019. (IKEA Starts Work on Navi Mumbai Store; To Open In January 2019 – NDTV Profit, 18 May 2017)

While I wait with bated breath to hopefully get my hands on the Frakta tote bag that will continue to put Balenciaga to shame, what I also want to talk about is IKEA’s big plans for Mumbai.

Quartz India reported that the Swedish furniture giant (I just can’t forget how Pepperfry CEO Ambareesh Murthy responded when he was asked about potential competition from IKEA)[2]He said and I quote via The Economic Times: “Nothing would give me greater joy than to open a studio in Sweden right outside of the IKEA office.” (Ambareesh Murthy’s biggest dream: Opening Pepperfry studio outside Sweden’s IKEA office – Shannon Tellis, ET Bureau, 17 June 2019) began constructing a swanky 4,30,000 square feet store in Turbhe in May 2017. It also plans to launch smaller shops across Mumbai along with an ecommerce presence. Going by the images posted by users on Google Maps for the location (between Pawane and Turbhe at the highway side), it looks like they will kickoff at least by year-end.

More than the grandiose scale of the store, what has impressed me is the employment opportunities that it laid out. Other than the 5,000 and more workers that they are using to help build the store, they claim to double the number of jobs in the next three years.[3](Ikea to hire 5,000 workers for Navi Mumbai store; create 10-k jobs in 3 yrs – via PTI, Business Standard, 2 November 2018) And I like to believe that claim, thanks to what I saw in and around Navi Mumbai in the months of April and May.

They also had a dedicated site for people looking to apply. But, the one glaring issue I observed in IKEA’s strategy was that they assumed blue-collar workers would have the skills to log on to a website and apply for jobs. I don’t see what they were expecting clearly because most of the jobs posted were for blue-collar work. I know because I logged in.

If you had visited their Indian website sometime in May 2019, you would have been redirected to a jobs portal where most of the jobs listed were associated with manual labour. None of them required Internet surfing skills, so I just sat there staring and thinking.

But then, IKEA may be targeting contractors. It is only last week I saw a few job openings that dealt with supply chain and store management. Looks like they did find what they were looking for and now need more.

All in all, this article is possibly an indication about my anticipating to visit the Turbhe store and get myself some furniture. Not because I like to have Scandinavian design in my living room or because I have needed a book shelf for ages for my collection, but because I like to lose my sanity every once in a while. TN.

Here’s the location on Google Maps for your reference: