I have been following the madness behind Man Booker Prize ever since I started reading literature few years ago. It began when a friend of mine handed me Arundhati Roy’s The God of Small Things and later after finishing it I looked it up on the web. The book cover had informed me that it had won the Booker Prize in 1997, which Wikipedia confirmed, but I had no idea of its importance in modern English literature nor the heated discussions and the pomp and circumstance that surround the event, which usually starts in July and climaxes in October every year. Subsequently, I read a lot about the literary award, so much to know that the Guardian has created a parody award, aptly named ‘Not the Booker Prize‘, and that the Man Booker International prize is different from the one we are talking about here. For the uninitiated, in the most basic sense, the Man Booker Prize is awarded every year to a work by an author writing in English whereas the Man Booker International Prize is awarded to a translated work by an author and its translator. Both awards have been reconfigured a couple of times, and now it suffices to say that authors of all nationalities are considered for both. Interestingly, the Wikipedia article for The Vegetarian by South Korean writer Han Kang and British translator Deborah Smith, this year’s Man Booker International Prize winner, was created and edited by me with help from fellow Wikipedian Josh Milburn.

Coming back to our topic, for anyone who has gone through this year’s ‘Booker dozen‘, the most vivid observation will be that most authors are upcoming talents. Honestly, despite of having closely following the literary scene, I had only heard about 3 of the longlisted 13 authors (which embarrasses me). The statistics tells us we have six women, four debut authors, one previous winner (J M Coetzee), and one previous shortlistee (Deborah Levy) in the list. The general review of the list has been good, with pundits straining on how the committee is continuously (since 2013) selecting underdogs rather than big names. For example, people all over the web were hoping that biggies like Ian McEwan, Don DeLillo, and Julian Barnes would make the list. But, fortunately for the up-and-coming, here we are with a list so diverse and interesting, it will be fun to predict which 6 will make the shortlist in September.

Last year I was first rooting for Anuradha Roy (Sleeping on Jupiter), then for Sunjeev Sahota (The Year of the Runaways), and eventually for Hanya Yanagihara (A Little Life), but they gave it to Marlon James, whom I tried to read but found the prose a bit too difficult. Nine months later, it still is on my TBR list. But, that’s no surprise. What surprises me is that this year no Indian name is on the list, not even a PIO. We had Neel Mukherjee (The Lives of Others) in 2014, Jhumpa Lahiri (The Lowland) in 2013, and Jeet Thayil (Narcopolis) in 2012, all three frontrunners for the coveted prize. While Eleanor Catton became the youngest winner for her crime story, The Luminaries, Mukherjee was possibly robbed by Richard Flanagan with his dull Burmese chronicle The Narrow Road to Deep North. Haven’t yet read Bring Up The Bodies, Hilary Mantel’s follow-up to Wolf Hall, so let’s not comment about that. India has not experienced any luck since 2008’s win by Aravind Adiga for his brilliant The White Tiger, a story taking place in Delhi, which I incidentally read while touring Kerala. 155 novels were apparently submitted for the prize this year, out of which the baker’s dozen were chosen. Amitav Ghosh’s The Flood of Fire must have been submitted, but the reviews were mixed, so no luck there.

Something that’s dawning upon us right now is that there were very few books written by Indian authors in the first place. Karan Mahajan’s The Association of Small Bombs sounds nice, but again, the reviews said it is average. Adiga’s last book came out 7 years ago and Arundhati Roy has seemingly decided to perpetually continue kicking the political hornets’ nest. The fact is that we haven’t many authors left who write good literature. Just when I was researching for this piece, I scanned through a list of Indian authors that one should read in a popular website. It started well with Vikram Seth, Amita Ghosh, and Suketu Mehta. But then names like Preeti Shenoy were being listed and I had no courage to scroll down for the fear of finding Chetan Bhagat. Frankly speaking, both Senoy and Bhagat are decent writers, but when it comes to literary criticism and comparison, things will take a murky turn, and people will have to use harsh words. It’s not like Devdutt Pattanaik will draft a fictional story about some God and he will be longlisted or Ravi Subramaniam will finally stop accusing God of being a banker. We need authors who will scribble words and incite thoughts, not be complacent and churn out garbage. Only then can we find our place back in a longlist, let alone a shortlist.

Patriotism never bothered me, so as a book reader, I do not much care about an Indian novel not being longlisted this year. What matters is that we appreciate good literature so that writers like Ghosh and Seth can come up with new books and enlighten us with their thoughts. Enough of pulpy romance drama screenplays written in the disguise of 99-rupee novels. We need strong literature, we need strong storytellers, we need ideas, we need new authors, and we need them now. Who knows we may just be next year’s winner?

I will start reading The North Water by Ian McGuire this week and will hopefully publish a prediction article before September. This year, at this point, I think I will root for Serious Sweet by A L Kennedy, who was previously associated with the Booker as a judge back in 1996. The novel’s premise sounds very interesting. 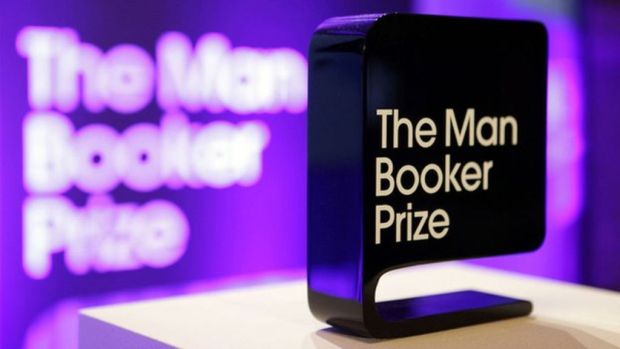 Longlist for the 2015 Booker Prize

, sponsored by Man Foundation, was announced on Wednesday 29 July, 2015. 13 fiction books written in English were selected by the chair. Since 2014 the prize is open to all writers from all countries, and thankfully, we have a great selection this year.

I had planned to read all thirteen books before the shortlist was to be announced. However, since not everything goes as planned, I have listed the following shortlist as per the official announcement which was made on Tuesday 15 September, 2015. Further attempts will be made after an extensive read to determine the 2015 Man Booker Winner. The rankings are solely based on my personal opinions and reviews. So far I have read only one book for which I have also stated a rating.

Hanya Yanagihara (US) – A Little Life

Anne Tyler (US) – A Spool of Blue Thread

Sunjeev Sahota (UK) – The Year of the Runaways

Following are the books that did not make it to the shortlist; ranked as per their initial probability of winning:

So what do you think which book will take the much coveted prize? Share your thoughts in the comments.

Follow Thoughtcream to keep track of the 2015 Man Booker Predictions. Thank you.